Update On The Number Of Cases In Ethiopia

In an augmentation of a respective debate among Ethiopia and Egypt over the $4.8 billion Grand Ethiopian Renaissance Dam being based on the Nile River, Egyptian programmers propelled a cyberattack on various Ethiopian government sites through the span of the previous week.

The two nations have been at loggerheads with one another for quite a long time over Ethiopia's development of the huge hydroelectric dam on the Nile Egypt's sole water hotspot for water system cultivating and as a rule for its 100 million-in number populace. In any case, as the wellspring of 85% of the Nile's waters, Ethiopia, which keeps up that the Chinese-sponsored dam, is critical to achieving formative objectives and battling destitution. Under development since 2011, the Grand Ethiopian Renaissance Dam (GERD) keeps on being a wellspring of developing pressure between the two states.

The hostility has seen Ethiopia enter the line of sight of Egyptian programmers various occasions lately. The programmers, who professed to have a place with the "Cyber_Horus Group," left messages on the landing page of an Ethiopian territorial police power preparing focus, undermining war over the Nile and a "Pharaonic revile," upon Ethiopians. A large portion of the hacked sites seen by Quartz Africa incorporated the message from a Pharaonic artwork: "If the stream's level drops, let all the Pharaoh's warriors rush and return simply after the freedom of the Nile, limiting its stream."

Comparative messages with the gathering's logo and Egyptian pharaoh themes were left on around twelve other government site pages. Messages commending Egyptian president Abdel Fattah Al-Sisi were additionally obvious. There's no known connection between the programmers and the Egyptian government.

Update On The Number Of Cases In Ethiopia 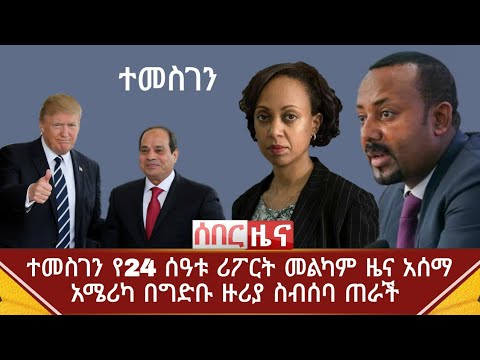 In an augmentation of a respective debate among Ethiopia and Egypt over the $4.8 billion Grand Ethiopian Renaissance Dam being based on the Nile River...