What's New With The GERD Negotiations

The careful idealism following the declaration that Egypt consented to continue arrangements over the Grand Ethiopian Renaissance Dam (GERD) has now been entangled by a Sudanese letter to the UN Security Council that adjusts itself to Egypt's interest to slow down the appropriating of the GERD until a "complete understanding" is agreed upon.

The Sudanese letter, which puts the Washington draft as 90% concurred and portrays it as the main report that can prompt a thorough arrangement, has provided a reason to feel ambiguous about the possibility of an understanding before the filling of the GERD store initiates.

The Washington procedure is not really a perfect point from which to restart the trilateral arrangement.

The U.S., in a demonstration that went past its job as an eyewitness, introduced an arrangement that was marked by Egypt. The U.S. Treasury at that point gave an announcement, as a result neglecting to perceive Ethiopia's sovereign option to oversee its property.

The Treasury proclamation proclaimed that Ethiopia ought not to begin filling the supply until it consented to the arrangement. Ethiopia's Ministry of Foreign Affairs gave an announcement dismissing the draft, stressing the content didn't mirror the discussions. Sudan declined to sign as well as would not go into dealings in Ethiopia's nonappearance.

Sudan is an observer to the way that the GERD exchanges have been prisoner to Egypt's endeavor to blend its enthusiasm of keeping up existing water-imparting arrangements to the main filling and activity of the GERD.

What's New With The GERD Negotiations 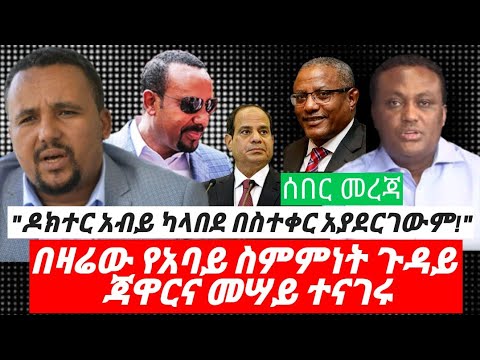 The careful idealism following the declaration that Egypt consented to continue arrangements over the Grand Ethiopian Renaissance Dam (GERD) has now b...